Below you can see the full movie "Chiavi in Mano": 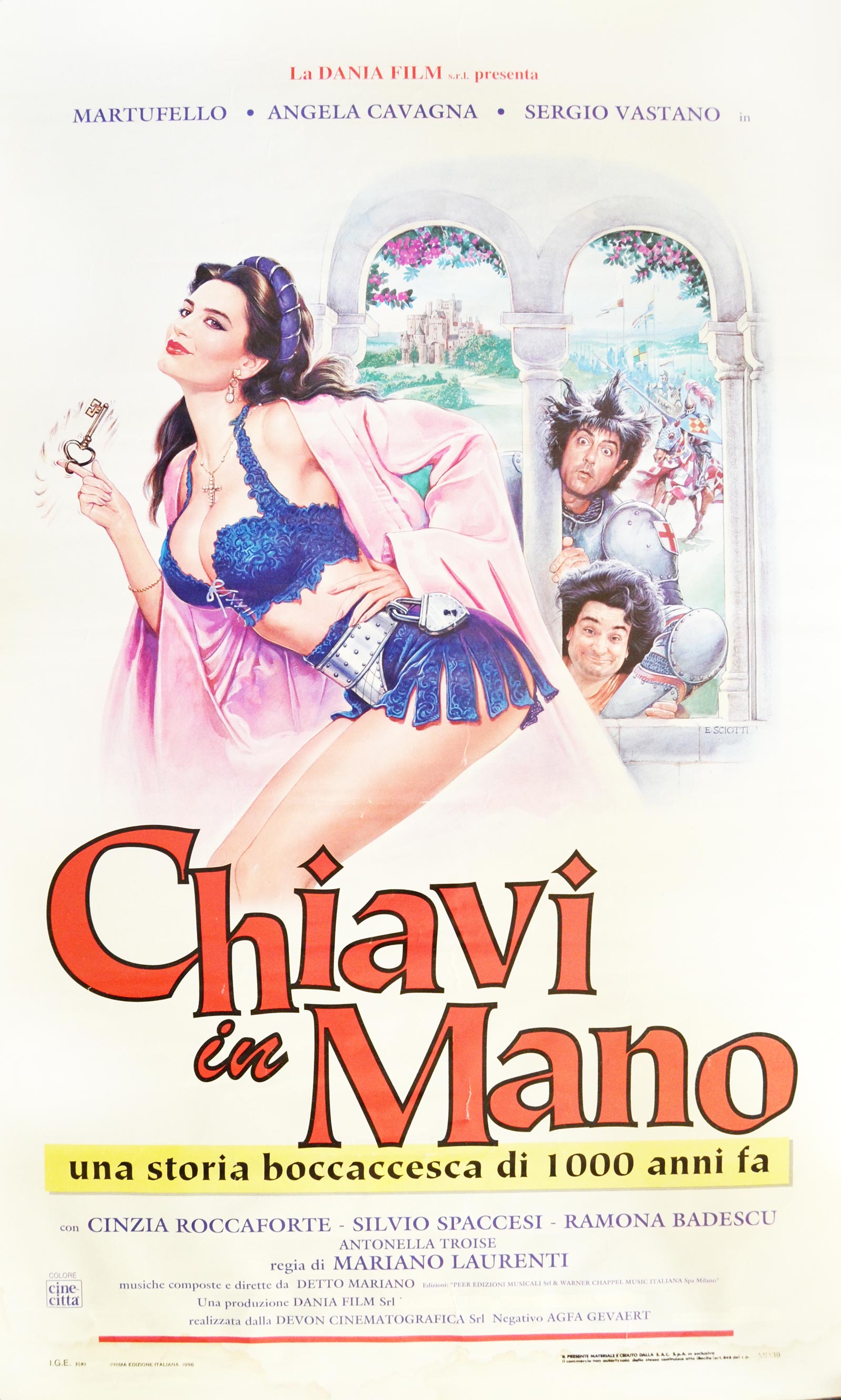 1996 . "Chiavi in mano" is a film of 1996, directed by Mariano Laurenti, Angela Cavagna along with other actors such as, Martufello, Sergio Vastano, Cinzia Roccaforte, acts as Genuflessa  in the lead female role.

Plot:  Back from a Crusade, the soldier Baccello da Sarnano discovers that the wife's chastity belt Ubalda has been tampered with, in retaliation courts the blacksmith's wife that duplicated the key and who meanwhile had established a relationship with Ubalda.

Setting: The film is set entirely in the Marche town of Sarnano, at the foot of Umbria-Marche Apennines